On the Fenceline: A Fight for Clean Air

You almost have your ticket... Just choose your price and presto! Get the link to Hard Road of Hope in your inbox. Watch on your own time, and then attend the live Q&A. Don't worry, we'll remind you closer to the date. 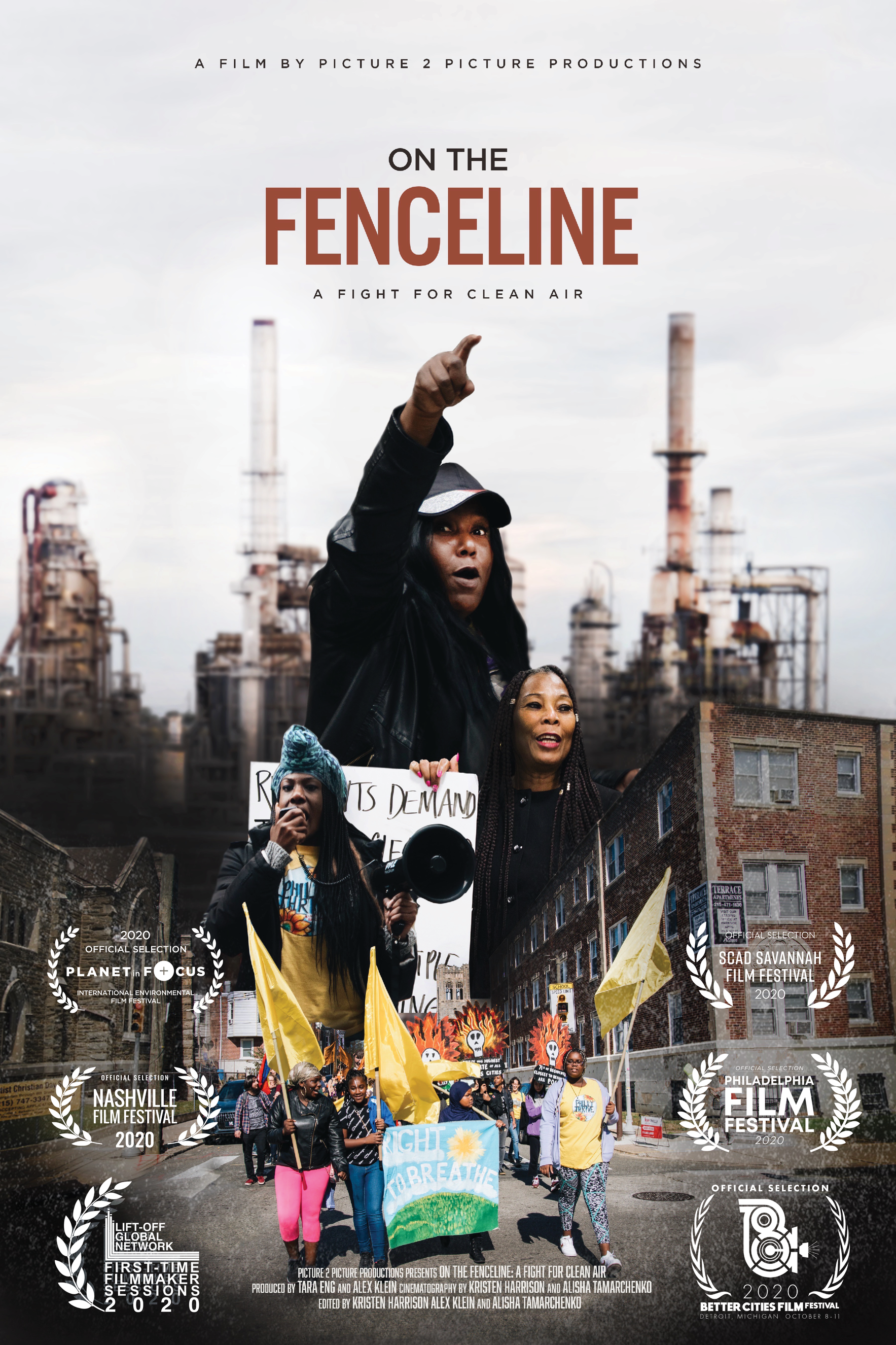 Get your Tickets to On the Fenceline: A Fight for Clean Air-- a film and live Q&A discussion

There are currently no tickets available for this event, but you can still make a donation.

On the Fenceline: A Fight for Clean Air

After a bankrupting explosion in June, the future of the largest and oldest oil refinery on the east coast remains unknown. Philly Thrive, an organization of frontline residents and environmental activists, is escalating their actions as they fight to keep the refinery closed for good.

After reserving your ticket, you will receive a link to watch the film any time between February 15th - March 1st. You will also receive an invitation to the live Q&A session on February 25th at 7pm, featuring:

Carol Hemingway, film protagonist, Philadelphia resident, Philly Thrive member. Carol is a social worker in her 70's who first began opposing the Philadelphia Energy Solutions gasoline refinery when she began connecting the dots between that pollution and the impacts she saw in her community.

Kristen Harrison, Cinematographer / Editor. Kristen can be found with a camera in her hand at most hours of the day. She is the former photo editor with The Ithacan and former photo intern at The Morning Call. Previous film works include “At the Table,” a short documentary on the life of Father Divine and the work of the International Peace Mission Movement.

Alisha Tamarchenko, Cinematographer / Editor. Through her work, Alisha explores the dynamics of change through stories of people confronting and shifting unsustainable ways of living. She has produced and directed three other short documentaries. “Bruce & Daryl” follows the relationship of an older gay couple as they navigate aging and loss. “Beyond the Waiting Room” tackles the mental health challenges of the veterinary profession. “eCoexist” documents the work of a sustainability organization in Pune, India. Her work has screened in Ithaca, Dallas, Alaska and the UK.

On the Fenceline: A Fight for Clean Air is an urgent call for justice for Philadelphia’s low-income communities. After living on the fenceline of the east coast’s largest oil refinery and suffering from cancer, asthma, and COPD for years, residents have come together to stand up to CEOs and fight for their right to breathe.

A June 21st explosion at the refinery was the tipping point for most, if not all, of the residents living nearby. As the now-defunct refinery land has been put up for sale, the opportunity for community members and environmental activists to shut down operations for good has finally come. Throughout the film, we begin to see and understand that communities, against all odds, have the power to stand up to large, polluting corporations.
In this film, you will follow three members of the activist organization Philly Thrive, Sonya Sanders, Carol White, and Rodney Ray, as they guide us through their organization’s fight for clean air.
Over the course of 25 minutes, viewers will meet:
The up-close, run-and-gun cinematography of On the Fenceline: A Fight for Clean Air puts viewers on the streets with Philly Thrive, offering an intimate portrait of a resilient community.

You can support us by making a donation!